Oh, feedback. Sometimes we ask for it, because we need to be convinced that our fanny does not look big in this skirt, even though it kind of does. And, sometimes we don't ask for it, but get it, and think: who asked you, anyway?! Whether you're on the giving or receiving end of providing feedback—we're talking about negative feedback, here, by the way—it's not an easy place to be. If you're the giver, you can make it better for everyone by avoiding these feedback pitfalls.

The Scattergun. Let's say you need something to change in your department, but it's really only one or two people who need to be behaving differently. You might not want to single those people out, so you decide to have a group meeting to address the issue broadly. You figure: everyone will get the message, whether they need to make a correction or not. All is good; problem solved. Nope! When you give group feedback that is really only meant for a few, you confuse everyone. The ones who are already complying are wondering what they're doing wrong, and the ones who aren't are likely thinking it's not a big deal—after all, if it was, you'd be having a direct conversation with them.

The Sandwich. In short, this is padding your negative feedback between two slices of positive feedback. I've talked about it before, but I just can't say enough about how ineffective the sandwich approach is. I've prepared the sandwich in the past and I've also been the one who had to eat it. There is no nourishment there, it's just a big plate of bewilderment. First, you devalue the favorable attributes of the person who's hearing your feedback, and, second, you diminish the undesirable aspects. In the end, you've avoided everyone's discomfort so well, you may as well have avoided the conversation altogether. To present the clearest picture, always separate your feedback.

The SBI. Otherwise known as the Situation, Behavior, Impact model, this approach is commonly cited as a good alternative to either the Scattergun or the Sandwich. In some circumstances, it is. In others it can be excessive and melodramatic—in essence: too big of a tool for the job. In addition, it doesn't provide a platform for discussion. It's just you talking and your employee listening, and, probably getting progressively defensive and upset as you continue your diatribe.

So, now you know what not to do, but that leaves what you should do. Here's some good advice:

Be direct, honest, and specific. If you can't be, then you may want to analyze your own emotions. Is it possible that your individual biases are affecting your ability to assess the situation accurately? Make sure you have something real to talk about, or you risk losing both trust and credibility.

Be timely. If you need to give corrective feedback, don't wait. Address it as immediately as possible. Just like in your personal life, it is senseless and unproductive to bring up past mistakes. It creates a “that was then, this is now” feeling that makes it harder to justify why you're raising the issue at this time rather than when it occurred.

Be open. Probably the most important part about giving feedback is knowing when it's time for you to stop talking and start listening. As tough as it is to hear negative words about ourselves, most of us genuinely do want to know if there is a problem that we need to correct. By allowing the opportunity to participate in the conversation, the person receiving the feedback can feel a part of the solution. Together, you can work on steps toward improvement that have the buy-in of both parties. Then, you become a coach, not a drill sergeant.

Don't forget that today is World Kindness Day! What better time than the present to sprinkle a little kindn... 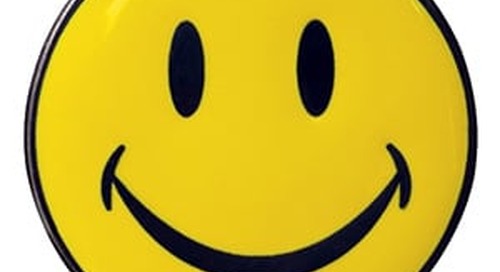 Some days I swear no matter what I do, I just can't seem to get it together. It's like I should have known ...

During this time of more distanced connection, we've all experienced the joy of a doorstep delivery. And even better than a singular gift is a full-blown package of treats.